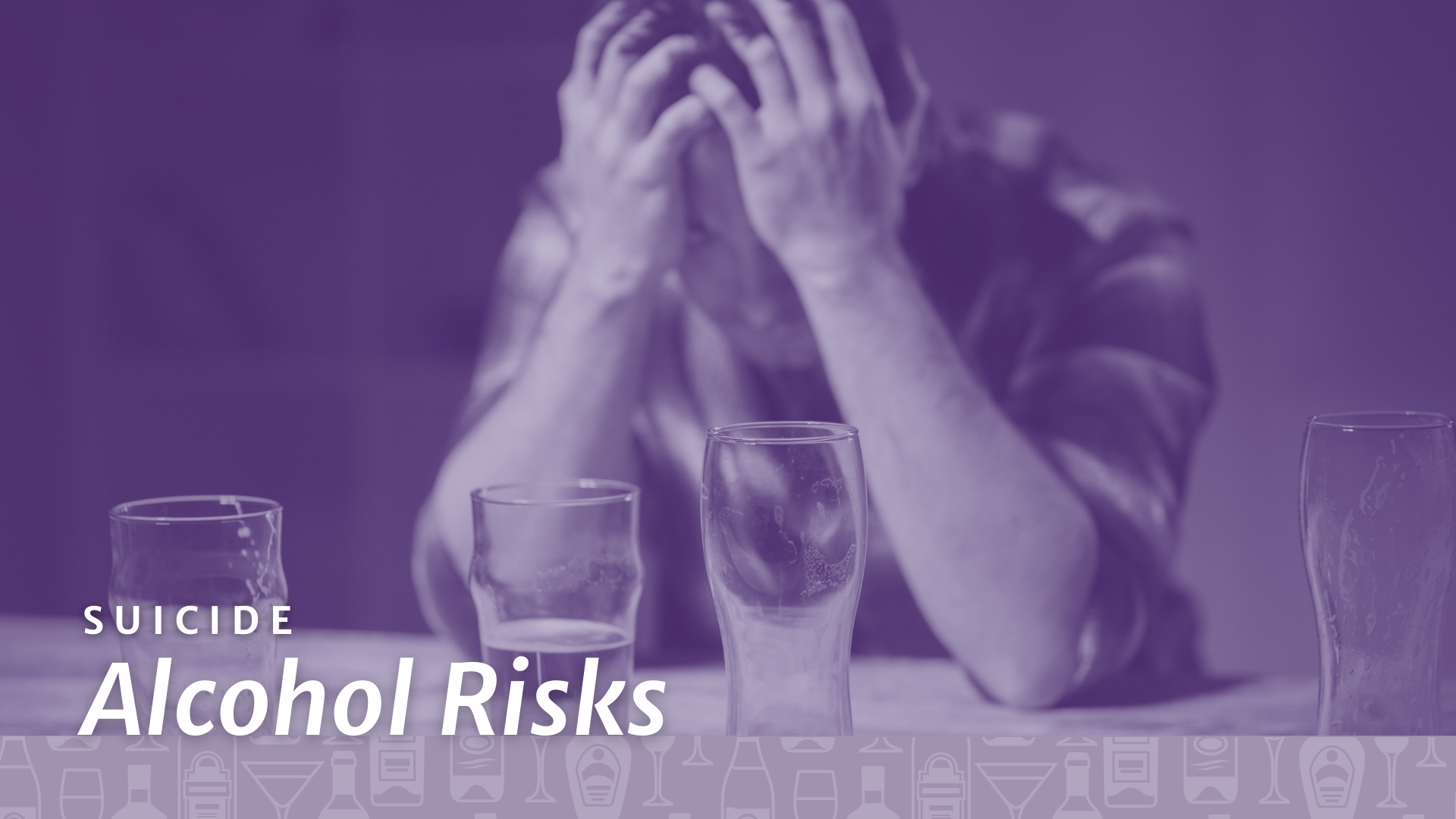 A number of recent national surveys have helped shed light on the relationship between alcohol and other drug use and suicidal behavior. A review of minimum-age drinking laws and suicides among youths age 18 to 20 found that lower minimum-age drinking laws was associated with higher youth suicide rates. In a large study following adults who drink alcohol, suicide ideation was reported among persons with depression. In another survey, persons who reported that they had made a suicide attempt during their lifetime were more likely to have had a depressive disorder, and many also had an alcohol and/or substance abuse disorder. In a study of all non-traffic injury deaths associated with alcohol intoxication, over 20 percent were suicides.

In studies that examine risk factors among people who have completed suicide, substance use and abuse occurs more frequently among youth and adults, compared to older persons. For particular groups at risk, such as American Indians and Alaskan Natives, depression and alcohol use and abuse are the most common risk factors for completed suicide. Alcohol and substance abuse problems contribute to suicidal behavior in several ways. Persons who are dependent on substances often have a number of other risk factors for suicide. In addition to being depressed, they are also likely to have social and financial problems. Substance use and abuse can be common among persons prone to be impulsive, and among persons who engage in many types of high risk behaviors that result in self-harm. Fortunately, there are a number of effective prevention efforts that reduce risk for substance abuse in youth, and there are effective treatments for alcohol and substance use problems. Researchers are currently testing treatments specifically for persons with substance abuse problems who are also suicidal, or have attempted suicide in the past.

If you, or a friend, are in crisis and need to speak with someone now:
Call the National Suicide Prevention Lifeline at 1-800-273-TALK (they don’t just talk about suicide—they cover a lot of issues and will help put you in touch with someone close by)

Resource from US Department of Health and Human Services